Usually, in smart control projects, we will encounter some large area coverage control requirements from time to time, such as villas and offices, which require concentration control, like turn off all lights or air conditioners with one button, in which case will be in doubt with the stability of the smart control within the coverage area. So today let’s learn the principle of wireless smart control under the big areas to help to avoid unnecessary mistakes and be more confident when doing a smart solution.

Firstly let’s learn the most be used two kinds of topology structures about wireless networking connection. 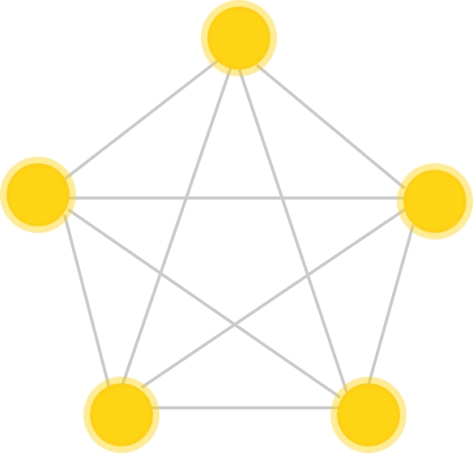 1. Strengthen the node to node connection

B. Optimize the modulation, demodulation, and encoding method to make communication against interference stronger, similar to two people talking in a noisy environment, they can also actively filter the surrounding noise and only listen to the information they want to hear.

2. Node jump to the extender

If the connection distance between nodes is too far, can put an extender between them, just like a microphone to help convey information, so as to achieve longer-distance communication.

The mechanism of node jump is also different, for example, ZigBee communication is to plan the transfer route in advance, while Bluetooth Mesh transfers are made by a limited number of broadcasts, and different methods have their own advantages and disadvantages.

The three methods have their own advantages and disadvantages

The first one to extend the connection distance between the gateway and node is simple, however, in intensive installation environments, such as hotel rooms or entire building renovation, will make the network busier, just like many people speak loudly in a room, and everyone will receive any information they don’t care, as a result, the burden on the network is heavy, and network optimization mechanisms need to be added. Therefore, this method is more suitable for single-family villa coverage and industrial centralized control applications.

Geeklink has always focused on hotels and homes smart homes projects, considering intensive installation scenarios, the long-distance communication host developed by Lora did not start mass production at that time.

Geeklink is the very early practitioner about using the multi-host method(as shown in the figure below). In 2018, in a new round of system refactoring, through the central control of the designated family, and the central control organizes other hosts in the local area network and wifi connecting with equipment to achieve cross-host scene cross-host linkage. So that it can flexibly expand the host in the place where the network communication is not good.

This method relies on a good network foundation, needs to configure the network of the coverage area to the local area network, will occupy some network resources at the same time. In addition, when the network is unstable, it may also lead to the unsuccessful execution of some devices. 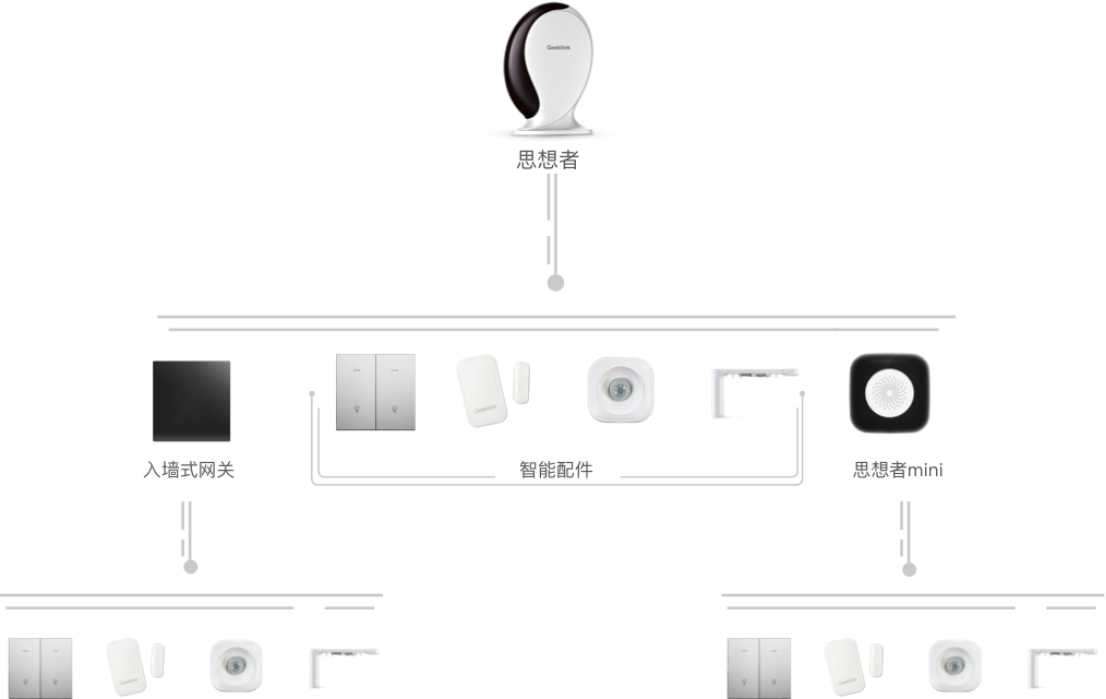 The way of relaying is based on the application of the Bluetooth Mesh protocol. The current test results turn out to be good (as shown in the figure below).

We have started the friend node function in the products that t get power normally, like Neutral line switches, Curtain motor, Card power, Thermostat, and so on, realizing the BLE Mesh network transfer function, so that forming a friendly big family, without needing and not occupying the network resources of the router. 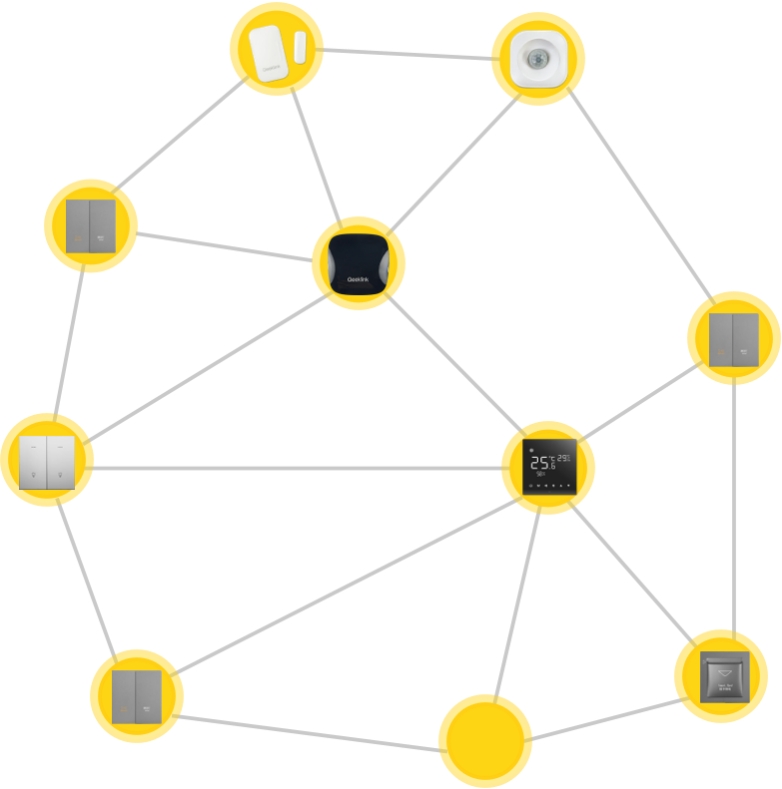 Welcome your messages and share your experiences, ideas, and solutions about big area networking coverage.